Introduction
The use of electrical motors in potentially explosive atmospheres is quite frequent these days. These motors have to be constructed in such a way that there is no risk of an explosion. An Explosion occurs when the following situations occur:
• Presence of potentially explosive atmosphere
• Existence of a source of ignition
• Possibility of transmission of the explosion 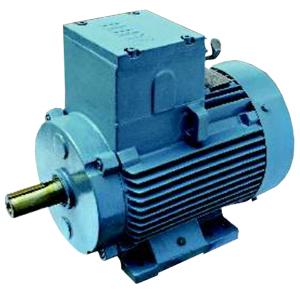 Classification of Hazardous Environment:
According to IS: 5572, Hazardous areas are classified in the following ways depending on the degree of probability of the presence of hazardous atmosphere. 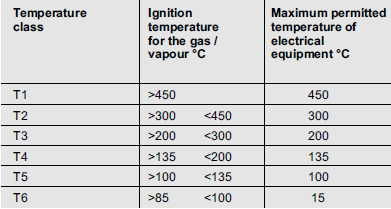 Zone 2
Abnormal Conditions
Presence of explosive atmosphere only by accident, but not during normal duty ( 10 H per year)

Zone - Criteria presence of gas
Zone 0 - Continuously of very long period
Zone 1 - Present in normal operations
Zone 2 - Unlikely, but if present, only for a short time

In Zone 0, no electrical motors can be installed. Most common motor for Zone 1 is the flameproof design, but it can also be used in Zone 2.

Application Groups:
Depending on the intended use, explosion-proof electrical operating equipment is divided into two major groups:
Group I - Equipment for coal mines (only specially designed motors for mines can be used)
Group II - Electrical equipment for use other than mines (surface industry)
Group II - motors with flameproof enclosures are still further divided into gas groups:
II A - Propane
II B - Ethylene
II C - Hydrogen

Flame proof motors, type "d"
ABB motors of flame proof design (type JHX) are TEFC, 3 phase squirrel cage induction motor (as per IS:2148 - 2004) for operation in hazardous location classified as Zone 1 and Zone 2 areas as per IS:5572

Note : Other frame sizes are available on request.

The motor enclosure has been designed in such a way that no internal explosion can be transmitted to the explosive atmosphere surrounding the machine. The enclosure must withstand, without damage, any pressure levels caused by an internal explosion, the shape, length and gap of part assembly joints at shaft opening, cable entries, etc.., shall be designed to allow for throttling and cooling of hot gases escaping outside. The standard emphasise the impact of an explosive atmosphere (for instance, explosion pressure) over constructional requirements of such apparatus.
Range : 0.25 ....... 15kW, 0.33 .....20hp
Frame : JHX71 .....JHX160 Pole:2 .....8

Features :
1. Motors suitable for high ambient temperature 50ºC.
2. Keeps an explosion which takes place inside the enclosure from propagating through gaps to the ambient.
3. Withstands the explosion pressure created inside the enclosures.
4. Benefits when dealing with special operating modes such as heavy stars and special applications.
5. All surface temperatures are selected to comply with the temperature class.
6. Suitability for use in temperature classes T1 toT4.
7. Can be used both in Zone 1 and Zone 2. 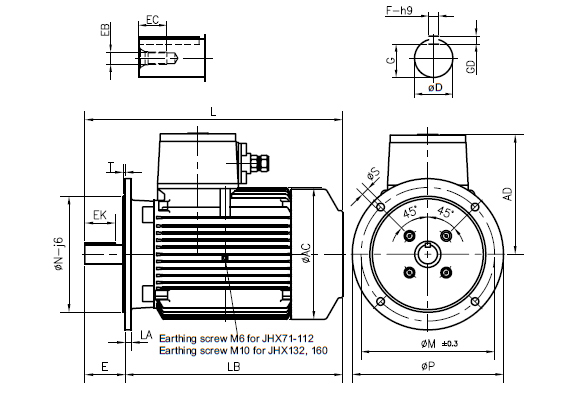 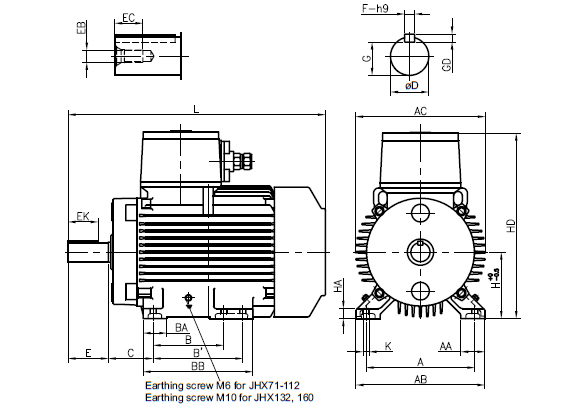 Home
About Us
Products
Catalogues
Contact Us
Enquiry
Sitemap

Designed by : MID Hosted by : PBD Promoted by : GID